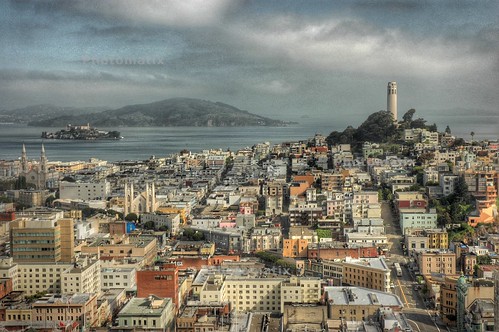 I’m going to be in San Francisco from September 12–17th. Remember way back when when I mentioned a side project? Well, I’m hoping to have Carson’s The Future of Web Apps be the launch, coming out party.

Emily and I had been wanting to go to SF, and this was the perfect opportunity at the right time.

If anyone’s got any restaurant recommendations, especially local Seafood, Mexican or Chinese, I’d love to hear them.

I made sure the return tickets are not refundable specifically to avoid any rash, we ought to uproot and move here now impulses. 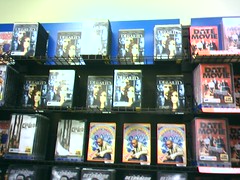 I was at Blockbuster the other day and noticed that they do this little trick with the movies now — even if not a single copy has been rented they stack them so that there are a few of the “oh no, there’s no more left” cardboard end pieces is visible. This gives you the illusion that it is almost sold out and you are lucky to have gotten one of those valuable Basic Instinct 2 copies they still had. Phew!

Why was I at Blockbuster? I was picking up a movie on a rainy Sunday or something a few weeks ago and decided to add disc one of Season one: Lost. People had been talking about it; I didn’t feel like I had room in my life for another drama, but hey, give the first episode a chance, why not. Cut to 11:48 pm:
– “Wow, we watched all four episodes on the disc”
+ “Yeah, good show. Good show.”
– “Uh, what time does Blockbuster close again?”
+ “Midnight I think… “
– “I could throw on some pants and be there in 5”

We burned through season one in about 10 days. The finale disk was sold old at the closest store, we traveled to 103rd street to check out another location and ended up at 68th street, signing up for a whole new account just to get that last damn disc.

For season two, I procured the whole thing from Bittorrent and when transcribing and burning episodes onto VCDs was too time consuming we watched the rest directly on the computer screen which means sitting/laying side-saddle on the couch.

Okay, here’s the technical bit. As someone who generally trusts that Microsoft does an good-enough job with the basics, I was blaming our lip-sync issues on the Xvid codec and not Windows Media Player. It would get out of sync and I’d have to get up, stop the vid, skip back to where we left off and it would continue fine. I was getting really frustrated and decided to try another player. I went with the one that I had always heard good things about, but doubted the benefits of: VLC. (http://www.videolan.org/vlc/). Problem solved.