Spent the weekend in Charlotte, NC, tagging along with Emily, Jon and Shin-Pei for the genesis of a project on young stock car drivers.

Here are two of the subjects, a twelve year old dirt-track’r on the left and sixteen year old Chase Austin on the right. 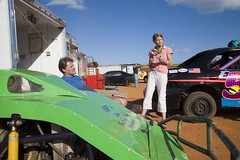 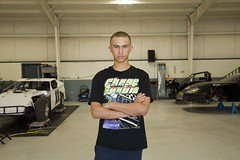 Ate way too much BBQ, including Mac’s Speed Shop, which was excellent. If you are looking for (here you go Google) “Good BBQ in Charlotte, NC”, give it a go.